On Monday I came down with the dreaded covid, after the Mrs had a few days before.

I initially said I wasn’t interested in taking a test because I knew what I had.

Anyway, in the end I relented to her testing demands (in return for a medicinal “hot toddy” ;-) and guess what… 2 lines!

However the only differences I personally noticed between “covid” and “the flu” were:

a) for me it was less severe. I would say it felt like 75% of any “normal” seasonal flu I’ve had before.

b) the symptoms cleared up a lot quicker. I would say in under half the normal time for me. This is a real relief, as you can imagine.

So why am I telling Members about this?

I’m obviously not a Doctor and this is not medical advice, but I’m 99% sure the reasons I’ve suffered less and been able to recover so much quicker than in the past were:

1-
I resisted the temptation to take paracetamol for the first 18 hours and let myself get really hot (even though I had a banging headache).

This is because heat kills viruses. That’s why we get a fever when we have a virus that the immune system wants to get rid of. Heat kills it off!

2-
I believe even more importantly, I’ve been taking a selection of supplements for the last year or two:

When I feel under the weather:
Quercetin, NAC (I’ve just run out of NAC, hence why its not in the pic I just took below): 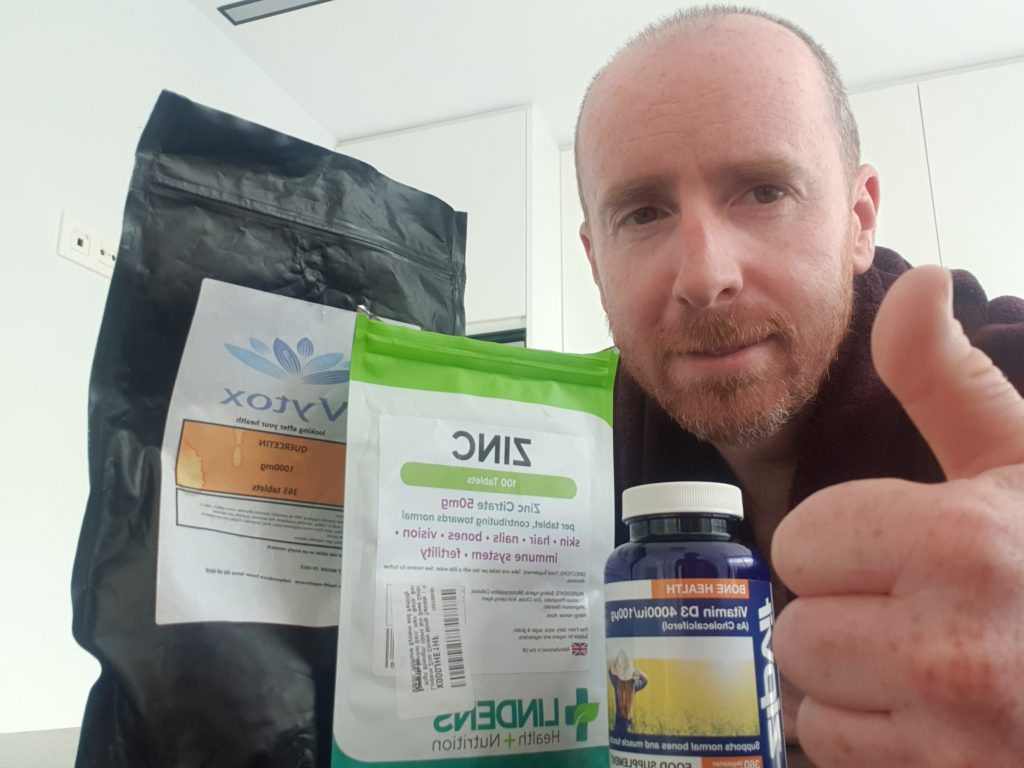 I did a lot of research before deciding to take these supplements and I’d urge you to do the same.

But after taking them for more than a year I can say I’m very confident they are a fantastic boost to the immune system, and have meant I haven’t got ill in ages.

And when I did get ill this week the symptoms were much milder than I think they would have been otherwise, and the recovery much quicker.

It’s just my opinion of course, but I wanted to tell Members about this, particularly as many of us are starting to get on a bit in years now! :-)

Anyway, these are the brands of Vitamin D and Zinc I take:

I couldn’t find the brands of Quercetin or NAC that I use (because I only take them when I feel the onset of a cold, it was a long time since I bought any) but these two look good:

I wanted to do this off topic bit because now that I’ve had covid, I feel more confident than ever that supplementing with these 4 items (most importantly Vit D and Zinc) is a really, really good idea.

I wanted to share it with Members in the hope that if you or a family member gets ill over the winter, its as tolerable as possible :-)