We put a poll to Members a couple of weeks ago to ask how many times you had ever seen “Pedestrians in the Road”.

The results — to no ones surprise — were that 92% of Members had never or very rarely seen them.

Only 8 people of the 943 who voted claimed to have seen pedestrians every time they’ve seen a “Pedestrians in the road” sign in a speed camera zone!

…proving that this is one of the more obviously fake excuses to switch average speed cameras on!

After that poll, one Member, James, sent us this picture: 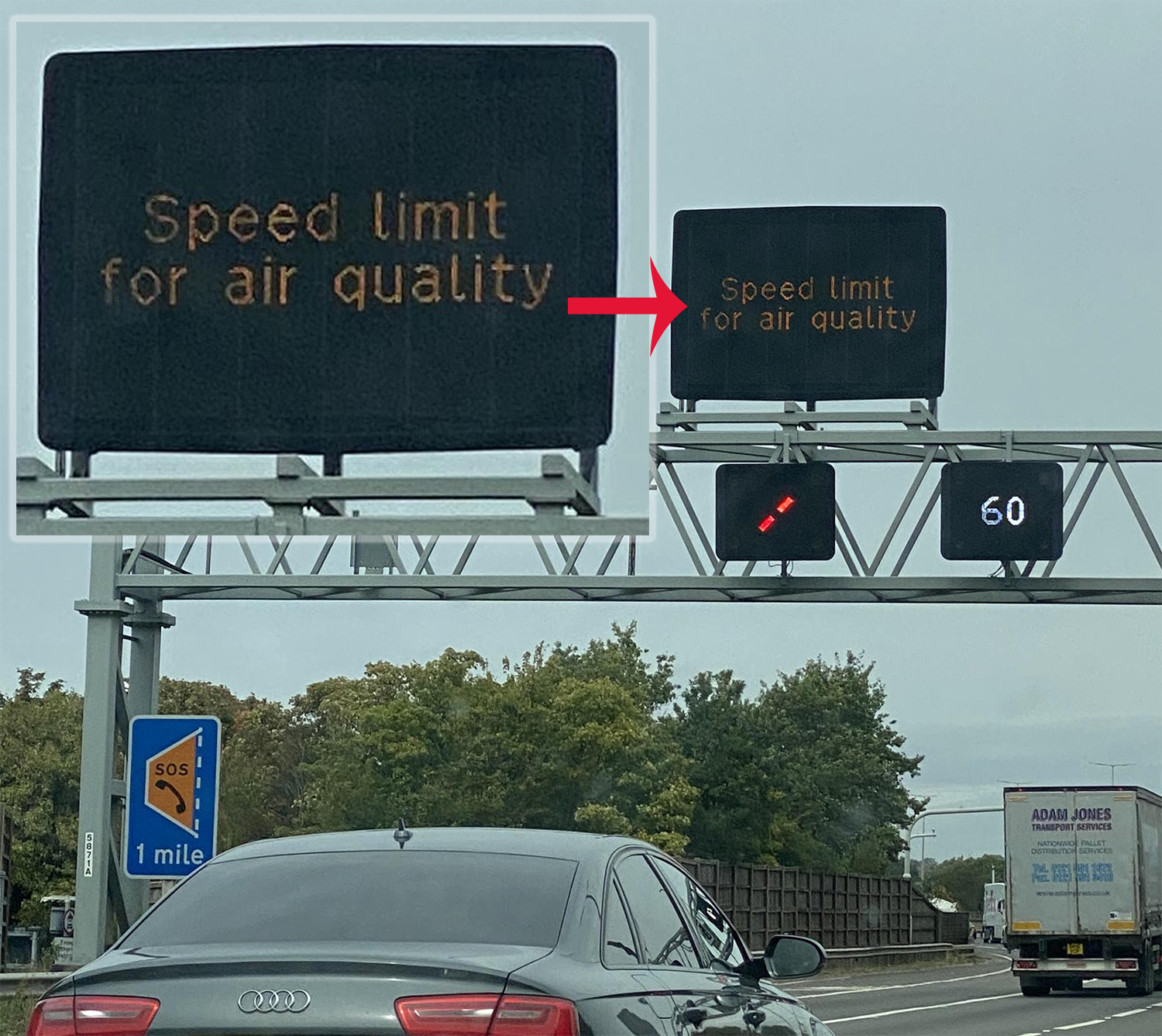 Now call me a cynic, but if air quality was Highways Englands’ concern, wouldn’t they be keen to avoid traffic constantly braking and then accelerating again, as this causes more burning of fuel than running at a constant speed?

If you see any ridiculous excuses for extorting Motorists on your travels, be sure to let us know :-)

Have a great weekend, whatever you’re up to!

P.S. We’re working flat out on TALEX 3, and plan to have an update for Members soon!