They’re designed to get “smart motorway” speeding tickets cancelled where there is doubt about who the driver was (although they can be used for all types of speeding tickets).

What’s changed from the 2018 Template Letters?

The 2018 template speeding letters worked 4 times in a row for our test subject (me!) to get four different “smart motorway” speeding tickets cancelled.

However, on the 5th occasion (in February 2019) the Police dug in their heels and decided to take the case to Court.

I believe this was because we’d — quite legitimately — used the exact same letters 5 times in a row for the same driver (and same Police force) and they were probably starting to get annoyed with me!

I was represented by the Lawyers we contract with to represent DriveProtect Members, and got a very favourable result (I wrote an article about it at the time on the DriveProtect site in case you’re interested in what happened).

It was a good thing that the Police decided to dig their heels in because it exposed a “reverse loophole” in the 2018 letters.

What do I mean by “reverse loophole”?

The Police don’t have to actually prove you were driving. Rather, they have to demonstrate that you were most likely to have been driving at the time of the alleged offence.

The Police must want to prosecute you in order for you to end up in Court, and they likely will if one of these situations apply:

1- Your speed was significantly above the speed limit;

2- They feel you are trying to abuse/game the system, which I believe was the case on the 5th time fail mentioned above;

3- The Officer reviewing your case is particularly militant, or has woken up on the wrong side of the bed!;

4- They believe they have a good chance of winning.

The “reverse loophole” in the previous version of the Template Letters gave the Police a much better chance of winning at Court if they decided to pursue it — as they did with me on the 5th time of using them in February 2019.

Now that we know about it, we’ve “patched” the letters, to drastically reduce their chance of winning (and so logically, reduce the likelihood that they will decide to pursue to Court).

Will Police decide to take you to Court if you use the Template Letters?

When the Police want to prosecute someone for failing to identify the driver, they do not have to request permission from the CPS. This is because it’s a “summary only” (non serious) offence and no DPP (Director of Public Prosecutions) authority is required.

In the 2018 Template Letters there was a vulnerability on which the Police could argue that you were most likely to be the driver, even if they could not specifically prove it.

The 2019 Template Letters remove this vulnerability.

That means that if the Police did decide to take you to Court — which in my, non legal, opinion is unlikely — they would not be able to use the “most likely” argument on the basis they could before.

What I can tell you is the results that we had in using the Template Letters:

The letters have worked 4 out of 4 times for us.

On the first three occasions they went uncontested for speed infringements in the 55-62mph range (in 50mph smart motorway limits).

On the fourth occasion (the same Police force) sent a “strongly worded” letter implying that they were considering taking action, but decided to take none – i.e. no penalty.

On the fifth occasion, they did take me to Court, hence the need for the updated letters.

Should DriveProtect Members use the Template Letters?

I have personally used them because:

3- I am prepared to risk my own driving licence to find out whether certain techniques — used legally of course — will work for BTST Members.

If you are a DriveProtect Member, your absolute best chance of a successful defence is to contact the Lawyers as soon as you receive an NIP.

Frankly, you don’t need these Template Letters and they could do more harm than good unless the Lawyers specifically tell you that this strategy is the one to use.

The specialist speeding lawyer with the firm of Solicitors we contract with to defend Members thinks I’m mad using methods like this without legal council. However, my argument to him was that you can’t argue with results!

A good Lawyers approach is much more comprehensive, measured and considers all possible outcomes.

If you are a Member of DriveProtect I would suggest NOT using these Template Letters.

We’re currently developing the brand new TALEX 3 (which is getting close to completion!).

Here’s a picture of the latest prototype being tested: 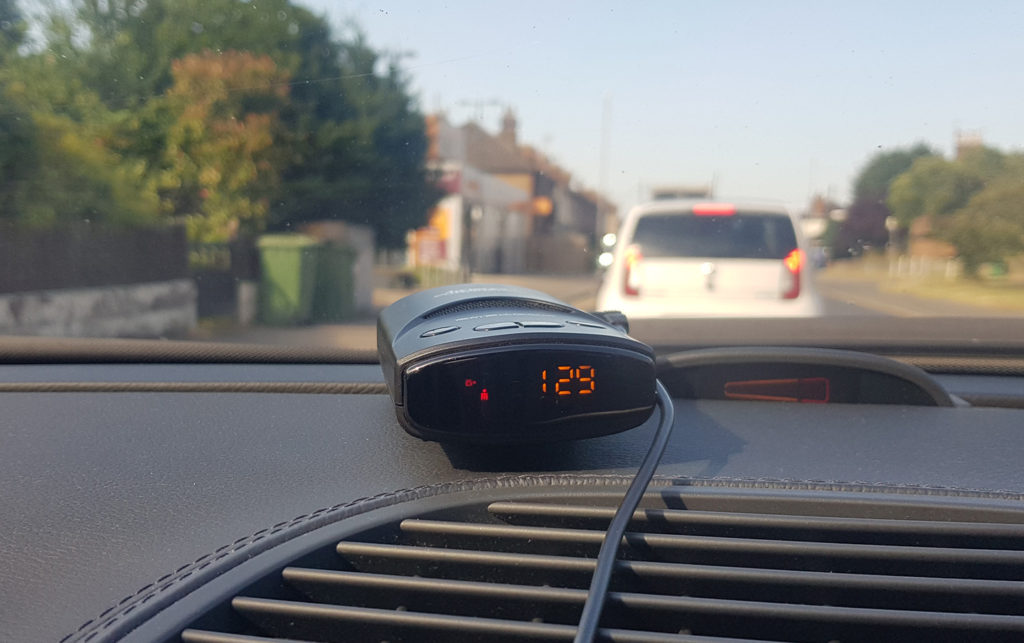 As we don’t have a current TALEX model (and so no product sales to finance the development of TALEX 3), the proceeds from the 2019 Template Letters will all be allocated to the final stage development costs of TALEX 3.

What do I get?

This isn’t a slick and wordy info product.

It’s an updated version of the 2018 letters, with instructions on how to remove the element that caused the letters to fail on the 5th time of being used (what I’ve termed the “reverse loophole”).

What you get is:

– The original letters sent to the Police which had 4 out of 5 speeding tickets cancelled (80% success rate!);

– New instructions on exactly how to follow the process to avoid any issues.

They are downloadable in both PDF and Word format.

They are designed — although of course not guaranteed — to work if you receive a smart motorway (or other) type of speeding ticket.

Please don’t expect a slick, well presented read. These letters are the result of a great deal of experience, trial and error, and legal advice/opinion and are intended to be used when you need them.

Available to BTST Members Only

As was the case last year, there will be 500 copies available to BTST Members only and we will NOT make these Template Letters publicly available either now or at any time in the future.

Stay safe on the roads!